Equipped with amazing features and robust tools, Lightworks can also be used for making videos for social media, YouTube, Vimeo, and 4K film projects. With Lightworks, users will be able to easily edit clips or shots by applying the drag and drop techniques provided by the software. In addition, it lets them enhance the images in their videos using color grading and blending. 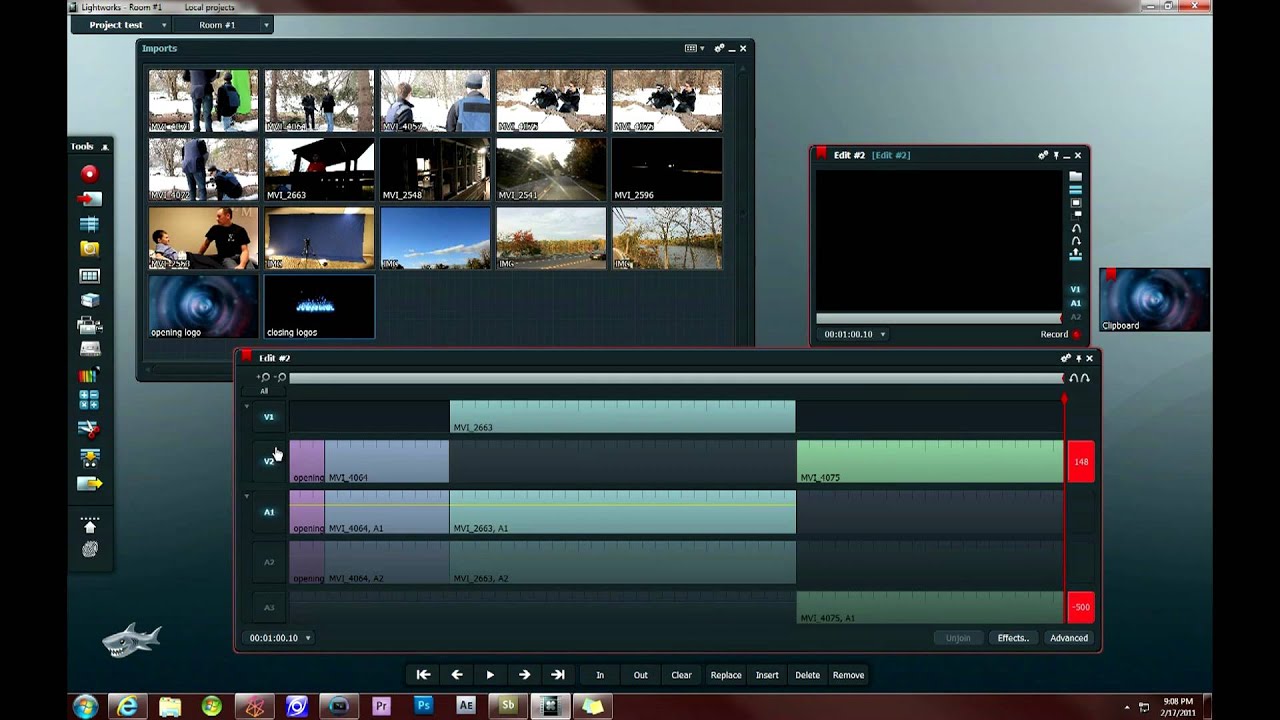 Equipped with amazing features and robust tools, Lightworks can also be used for making videos for social media, YouTube, Vimeo, and 4K film projects. With Lightworks, users will be able to easily edit clips or shots by applying the drag and drop techniques provided by the software. In addition, it lets them enhance the images in their videos using color grading and blending. To create smooth transitions between clips, Lightworks allows users to perform keyframing as they add effects to their videos.

The video editor also works with Blackmagic Fusion, a post-production image compositing software used for creating visual effects for movies, commercials, and TV shows. Likewise, through the aid of plug-ins, users can take advantage of the filters, transitions, graffiti, and graphics from Boris, a visual effects software and vector-based titling solution.

To be able to understand how such techniques work, users should get a glimpse first of the user interface design of the software.

Bins are where media assets are imported to, while the edit viewer displays the clip currently being worked on. The timeline is the area where users will be able to play their clips in sequence. Lightworks lets users drag and drop a clip or shot from the bin to the edit viewer panel. This particular drag and drop technique is used so they can perform some actions such as selecting the segment of the clip they want to use by marking its beginning and end.

Video Routing The video editing software also has a systematic way of applying effects to video clips which is referred to as video routing. Video routing in Lightworks uses a node-based system for organizing video clips and effects. This system is needed for videos that have multiple tracks and effects. For instance, if users want to apply a split screen effect to their video, they need to input two clips. However, different color gradients have to be applied for each clip; and they also have a third clip as the background of the video which also has its own set of effects.

To be able to do apply all these effects in an organized manner, Lightworks enables users to connect the video clips to the specific effects that will be applied to them.

Apply Effects Using Keyframes With Lightworks, video and audio effects can be applied using keyframing. This feature lets users set keyframes for their video clips, wherein each keyframe will have a specific parameter value that defines how the effects will be applied.

As an example, if they want to emphasize elements or characters in their video clips, they can use this feature to apply a wiggling effect that varies at each point in time. As they set the parameter values for such effect throughout their video clip, a smooth transition will be established between their keyframes. Thus, users can right click a clip from the bin, edit viewer, or timeline; and then they can already export it directly to YouTube.

As they export their videos, they will be able to access some options like selecting the size, frame rate, as well as adding meta tags to their videos so they can be easily searched online. Overview of Lightworks Features.

Lightworks, free and safe download. Lightworks latest version: A Powerful And Award-Winning Video Editor. Lightworks is the name of EditShare’s non-linear. Lightworks is a system used for editing and mastering digital video. It has been in existence since and continually updated since then; it was used in the. Lightworks has an unusual history for free video editing software—it was born out of high-end, professional film editing software that was used.

100 LIFETIME WORKING KEYS How to Crack Nitro Pro 12. It is a powerful tool for creating, editing and converting PDF documents. Unlike free products, its PDF creation tools can produce editable files from the likes of Word and Excel documents, while it comes with a serviceable OCR engine for scanning in editable versions of paper documents also. It improves with each release, and version 10 introduced auto de-skew functions and improved text, images, and table recognition.

It is basics, directs, and natural to use so that you can work all the more efficiently. With this software, we can share your documents to others, besides of what hardware architecture, platform or device they are on.

Lightworks is professional quality video editing software that’s accessible to everyone, regardless of budget or experience. Pros: Lightworks is a capable, flexible, and valuable video editor that almost anyone can learn. The workflow is adaptable to most project types, and the system. Lightworks is an award winning, professional, freemium editor. Depending on your expectations, philosophy and resources, it may or may not.